Bill Oddie is one of my comedy and wildlife top blokes. I did this portrait as one of a set of Spring watch presenters and he sent me a very kind email saying how flattering he thought it was. Bill has an urban garden full of quirky things including a multitude of bird feeders!
Bill starred in the madcap UK comedy The Goodies back in the 70s and was a definite influence on my developing cartoon brain!
Goodies! Goody Goody Yum Yum! (If you are old enough you will be able to sing that.) 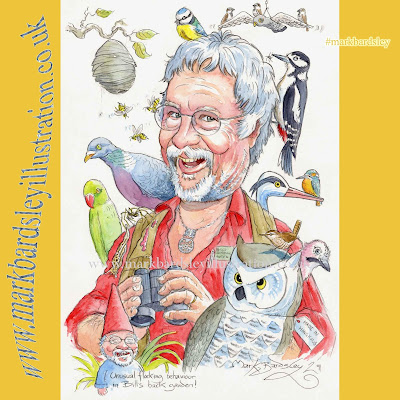